Google announced the Chrome OS project two years ago, and with it came the first Chromebook: the CR-48. The Chrome OS concept seemed revolutionary at the time. In 2010 we were well into the latest round of questioning whether today's PCs were fast enough. The Ultrabook revolution hadn't yet begun, and the iPad was starting to gain momentum. Capitalizing on the market being flooded with poor quality, yet affordable PC notebooks that still struggled with the same virus/malware issues they'd been facing for years, Google took the opportunity to attempt to revolutionize the PC OS. 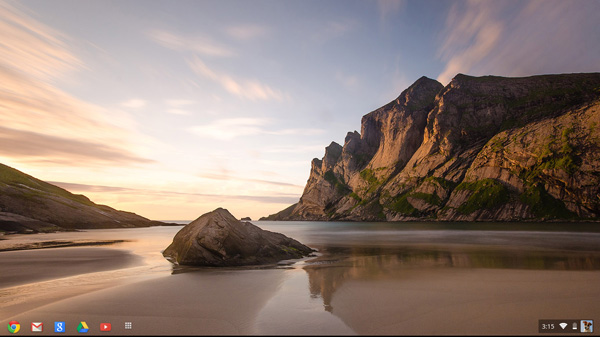 Chrome OS was that attempt at a revolution. As an OS built around a web browser, Chrome OS offered many of the advantages that the Chrome browser itself brought to the table: sandboxing, guest mode and constant/painless updates. All user data is encrypted on the drive by default. Security was and remains a major feature of Chrome OS.

Google's revolution extended to hardware as well. The Cr-48 notebook delivered a good keyboard, trackpad and solid state storage. Future Chromebooks would do the same. While the price points of these machines (<$500) kept ultra high resolution IPS displays out of the bill of materials, Google promised good build quality and solid state storage - two things you couldn't find in cheap notebooks of the time. 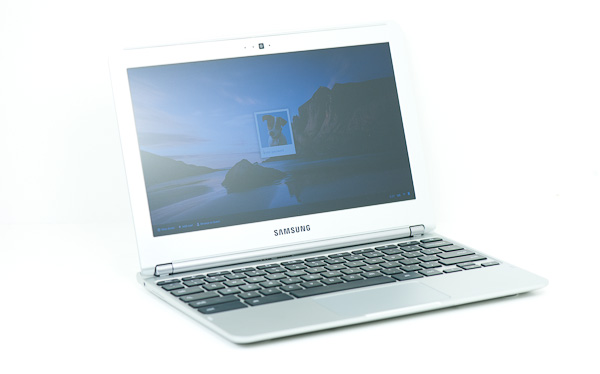 Since then, some of the traditional PC makers have woken up. Although confined to the $999+ price point, we're finally seeing attention paid to build quality, display quality and storage performance. Over the next couple of years there's going to be increased focus on bringing those premium features down to sub $700 price points.

For Chrome OS and Google's Chromebooks to remain relevant, they also had to move down the pricing stack. With its most recent announcement, Google has done just that. The new Chromebook (Samsung XE303C12) is priced at $249, while maintaining much of what made its predecessors interesting. 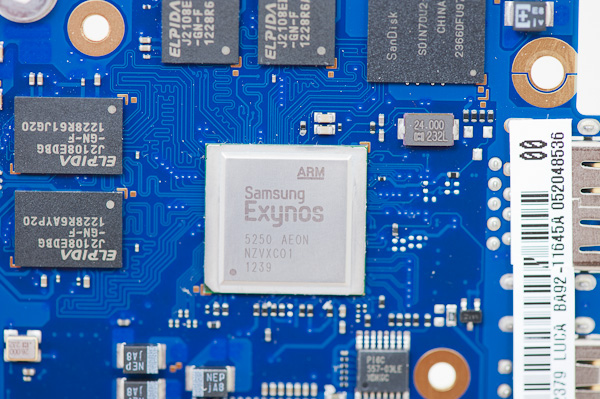 Even more interesting than its aggressive price point is the choice of SoC inside Google's new Chromebook: Samsung's Exynos 5 Dual, featuring two ARM Cortex A15 CPU cores. This move makes the new Chromebook the very first non-x86 machine to ship with Chrome OS. Given that I also happen to have a dual-core Atom based Chromebook from 2011, the new Exynos 5 based machine gave me a unique opportunity to get a preview of how ARM's next-generation CPU core would stack up against Atom.