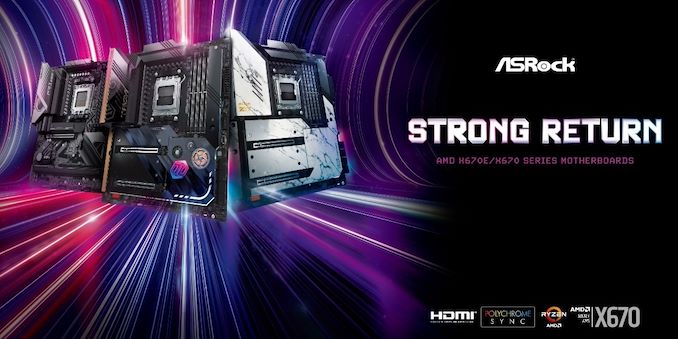 At Computex 2022 in Taipei, Taiwan, ASRock has lifted the lid on a few of its X670E motherboards designed for AMD's upcoming Ryzen 7000 series of processors. The first two of ASRock's socket AM5 motherboards include the X670E Taichi and the special edition X670E Taichi Cararra. While both X670E Taichi boards are aesthetically different, the two share the same core feature set, including support for PCIe 5.0, DDR5 memory, and dual Thunderbolt 4-enabled USB Type-C ports on the rear panel.

The ASRock Taichi series is one of the most popular and premium models in its line-up. For years, the Taichi aesthetic has brought cogwheels to the design, and the Z590 Taichi for Intel's 11th Gen Core series even included a motorized cogwheel integrated into the rear panel cover.

The only difference between the ASRock X670E Taichi and the X670E Taichi Cararra is the design. The regular X670E Taichi has a primarily black finish with a bronze-looking trim on the left-hand side of the board, with RGB LEDs built into the chipset heatsink. 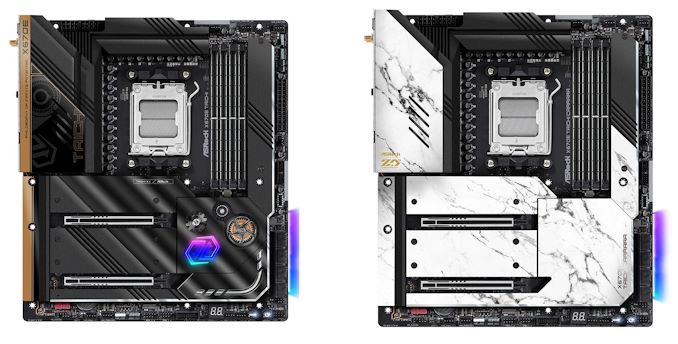 The X670E Taichi Cararra is based on Cararra Marble from Italy, which is white in color and was used for many years in ancient Roman architecture due to its elegance and strength. It is designed to celebrate the 20th anniversary of ASRock, and ASRock hasn't specified if the Cararra edition will be limited in numbers like its Aqua series or if it will cost more than the regular X670E Taichi.

At present, ASRock hasn't revealed pricing on the X670E Taichi and X670E Taichi Cararra Edition motherboards, but we expect to find out more closer to the launch of AMD's Ryzen 7000 processors expected in the fall.