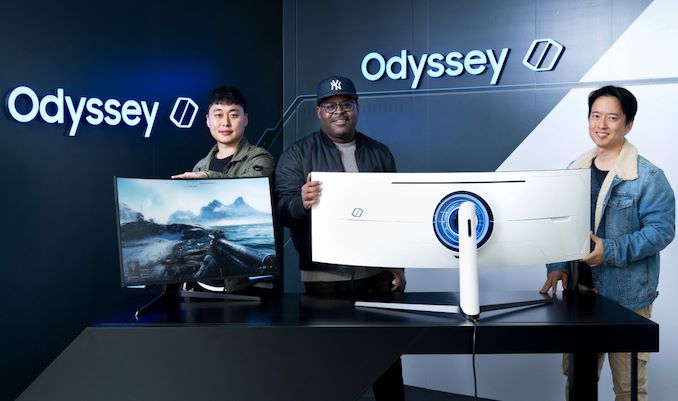 Nowadays, you can barely impress a gamer with just a curved display. So when Samsung started development of its new Odyssey G9 and Odyssey G7 gaming monitors, it decided to make them ultra-curved, ultra-fast, ultra-bright, and ultra-futuristic. As a result, the new Odyssey LCDs for gamers feature a unique combination of a 1000R curvature, a quantum dot enhanced backlighting, and variable refresh rate support up to 240 Hz. 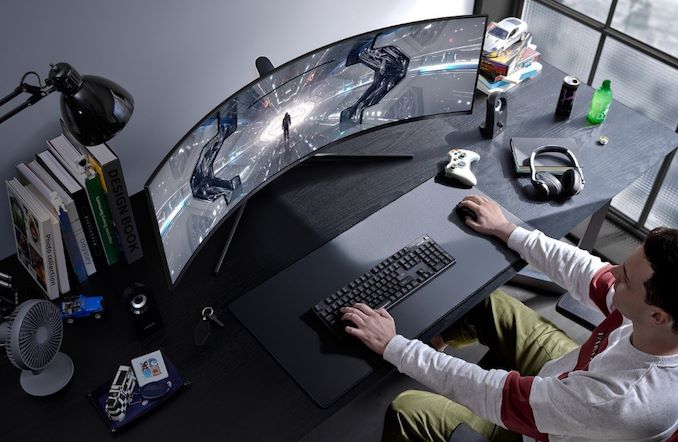 Samsung’s Odyssey gaming displays lineup includes three models: the 49-inch G9 featuring a 32:9 aspect ratio and a 5120×1440 resolution, as well as the 32-inch and 27-inch G7s featuring a 16:9 aspect ratio and a 2560×1440 resolution. All three monitors use a VA panel with a QLED (quantum dot-enhanced LED) backlighting that enables 600 nits or 1000 nits peak brightness, along with a wide color gamut (see general specifications of the displays in the table below). 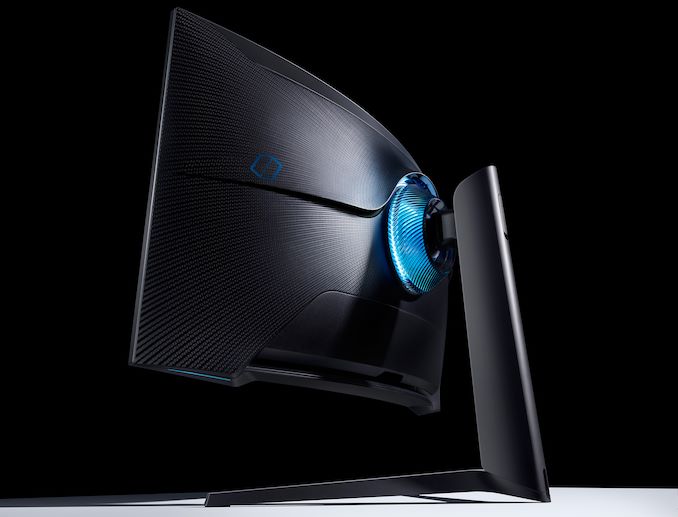 From a gamer’s perspective, the key features of the Samsung Odyssey displays are their 240 Hz refresh rate, complete with variable refresh rate support. Samsung's specifications don't make this entirely clear, but it looks like the display uses VESA Adaptive Sync, meaning that it's supported with both AMD and NVIDIA GPUs.

Meanwhile, the monitor also sports a 1000R curvature that promises to enable better immersion when compared to regular curved LCDs.

Since the Odyssey monitors are designed for gamers, they feature an ultra-futuristic design along with LED-based lighting on the back to emphasize features of the design and just follow the general industrial trend.

Samsung will make its Odyssey G9 and Odyssey G7 displays available sometimes in early second quarter, which is why the company does not publish all specifications and characteristics of the products just now. Prices of the monitors will be revealed at launch. 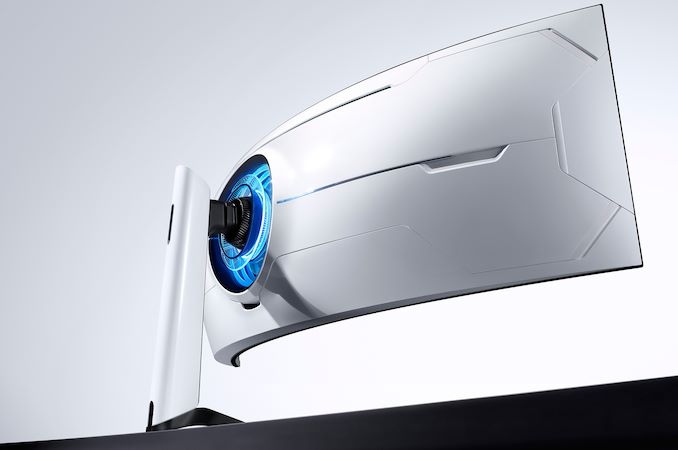